What is really behind Total’s acquisition of 60% of America’s highest efficiency/highest priced PV panel maker, SunPower, at a  time when panel prices are weak and demand for panels is expected to fall in the coming months? 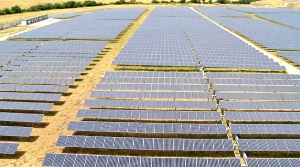 We would argue that Total’s motivation is not to acquire a PV panel maker but rather to acquire expertise in solar project development which Sun Power has been developing since 2009 and particularly in 2010.

Total may be mirroring Chevron and other E&P companies that use solar thermal power for enhanced oil recovery. They  inject steam into wells in order to improve the flow of heavy oil. According to an increasing number of sources, solar thermal oil recovery costs are cheaper than recovery using liquified natural gas.  This technology is particularly cost-efficient under the hot desert sun in the Gulf states in the Middle East.

Solar oil recovery has also helped Brightsource to attract Chevron and BP venture capital funding.  Since SunPower’s credibility is lightyears ahead of Brightsource’s, maybe France’s Total will end up looking smarter than its peers. One can only hope for the sake of overall emissions reduction that clean energy won’t help every E&P company find fossil fuels more cheaply.