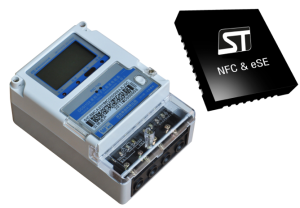 Based on announcements this month alone of meaningful Asian-US joint-ventures between Panasonic and Itron, and between Holley Metering and Echelon, it is crystal clear that smart grid, metering/monitoring is in strong demand, and its market is now global.

Wasion Group Holdings and Siemens AG hold first-mover status in this ‘global’ trend, having created their JV in September 2012  but working together previous to that date to develop the market for data management solutions in China.

Wasion is a pure play on smart grid construction in China with around 12% market share.  This positioning has led to solid sales growth but a roller coaster ride for margins. They deteriorated sharply in 2010, recovered in 2011 and were expected to fall again in 2012.  Analysts anticipated a difficult 2012 due to increasing competition, pricing/margin pressure, and flat spending growth.

We have kept an eye on this company since our visit to the headquarters in China in 2008.  We met the CEO, Ms Zhao Hui Cao, who joined the company in year 2000.  She gave us an overview of the metering products and developments in store for the industry. In 2009, China began implementing the 11-year “Strong and Smart Grid” plan to become a world leader in smart grid technologies.  In 2011 the State Grid Corporation of China, biggest in the world, began the Construction Phase of the plan, signaling a huge investment opportunity for technology suppliers.

Wasion is a key player in the most exciting investment theme on our list of renewable energy technology opportunities: ‘energy efficiency’, a sustainable answer even during periods of  deteriorating economic growth.  However to reach the Chinese government’s smart meter ‘penetration’ targets: 5% penetration by 2009, 15% penetration in 2011 and 80% by 2015, financial analysts assumed margins for smart meter providers like Wasion would plummet because the government would pay the lowest price in tenders.  Margins would collapse despite the generous state spending: $2.5 – 3bn annually for smart grid alone. Wasion’s margins were therefore expected to trend down.  Its valuation reflected this trend in January 2012 when it traded on 9x EPS, 5.5x EV/EBITDA 2012 assuming no growth.

Since China’s new government recently came to power in November, they have repeated the energy savings priority.  Wasion has begun attracting more attention among analysts. Its well-established domestic position means that its sales volume will benefit from the growing State demand.  Industry-wide margins should also reflect more favourable rules now in place for tenders. Tenders are  awarded on the basis of ‘average’ rather than on ‘lowest’ price, must be transparent and fair for all.  Already since the beginning of 2012, Waison’s margins have surprised by appreciating for three quarters rather than depreciating.

Thanks to its long-term strategy to  participate in the growing domestic market with more up-scale products, lower costs, Wasion’s longer-term  story should become  one of positive margin surprise.

‹ Throw Your Support Behind Renewables–VOTE!
Bank on Fundamentals, Not Government Subsidies ›