Home › Economic Indicators › The Inevitable Growth of the Green Economy

The Inevitable Growth of the Green Economy 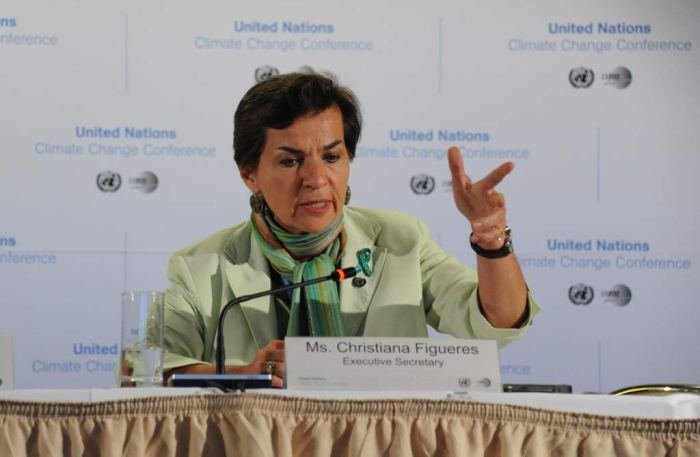 Executive Secretary of the UNFCCC

Topsy turvy weather this winter has yet again kept forecasters guessing.  In November, Typhoon Haiyan that killed over 6,000 people in the Philippines, a storm super-sized in intensity by a warming atmosphere. Earlier this month an arctic blast sent temperatures to record lows in many parts of the United States. By contrast a mild winter in Scandinavia has brought the bears out of hibernation early and is disrupting the seasonal patterns of flora and fauna.

These might have once been aberrations but they are becoming all too familiar scenes around the world.  According to a recent HSBC report, 2014 will be the year of losses of all kinds – economic, climactic and even of biodiversity and habitat – due to climate vulnerability. And still, political and economic leaders are unable to come to terms with what needs to be done. Politicians wrangle about who was originally responsible for carbon emissions and whether their countries should be penalised on the basis of current or historical emissions.

Last week a draft report by the Intergovernmental Panel on Climate Change (IPCC) was leaked to Reuters and the New York Times. It warns that further delays in confronting our climate woes will be economically costly. Another 15 years of living like this –with emissions from fossil fuels growing –will leave future generations with a problem that is likely to be impossible to fix using our current technologies. Instead, we are going to have to find ways to actually suck greenhouse gases out of the atmosphere and store them underground using technologies for ‘carbon dioxide removal’ (CDR) from the air. And there’s no doubt those new technologies are going to be costly. (link)

In an interview with the Guardian newspaper last week, UN climate chief Christina Figueres urged financial institutions to begin building the foundation of a clean energy economy by scaling up their investments. Global investment in clean technologies is running at about US$300 billion a year – but that is nowhere near where it needs to be.

“What we need to have invested in the energy sector and in the green infrastructure in order to make the transformation that we need in order to stay within 2C is one trillion dollars a year and we are way, way behind that,” Ms. Figueres said.

Since becoming Executive Secretary of the UN Framework Convention on Climate Change (UNFCCC) in 2010, Ms. Figueres has relentlessly pointed out that climate change is not the future but is here with us now and we have to start to pulling ourselves out of a false comfort zone.