The False Promise Of Natural Gas

The conventional wisdom over the last year or so has been predictable: cheap, plentiful natural gas would be our salvation, particularly in markets like the US which have large reserves of previously untapped natural gas.  Articles like this one  from the Motley Fool and this one from Forbes restate the party line: that “cheap natural gas was supposed to be the answer to our dependence on dirty old coal.” 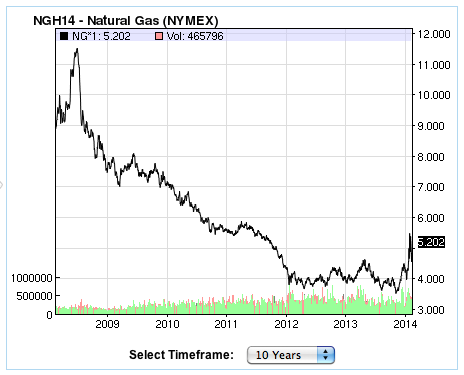 However, as we’ve argued here for a while now, this scenario is too good to be true.  Sure, over the last 10 years, we are at historic lows – look at the descent in the price of natural gas futures from mid-2008 to the beginning of 2012.

But why the big plunge?  Shale gas fracking poured a huge amount of cheap natural gas into a country with relatively few natural gas applications, so of course, when you massively increase supply without increasing demand at the same rate, prices will plummet. 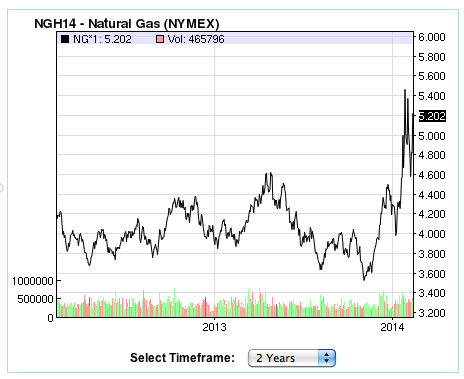 However, what happens when utilisation and uptake increases…but infrastructure doesn’t keep pace with demand?  Add the coldest winter in 30 years, and what happens: scarcity pricing, causing spikes that on the Transco pipeline in New York, reached an average of $120 per mmBtu and as high as $135 per mmBtu on the 21st of January, breaking the previous record of $55 per mmBtu which had been set just two weeks before.

Now imagine – fleets of trucks on highways, all converted to natural gas (as called for by President Obama in his State of the Union address this year.  More coal fired power plants converted to natural gas.  Then add to this the completion of nine new LNG ports,  particularly in Oregon and Texas, intended to facilitate the export of natural gas to the high margin markets in Asia and Europe, particularly Japan.  Unless the rate of fracking discovery and extraction keeps pace with demand, those spikes are going to get a lot bigger, and fast.  Add to the fact that while natural gas may produce far less carbon dioxide than burning coal (for example), LNG vehicles leak methane gas, a far more potent greenhouse gas , so much so that diesel vehicles actually end up being more greenhouse friendly than LNG vehicles.

It seems clear that the claims that the fracking revolution would save us from ourselves were too good to be true.  Of course, cheap natural gas has its place in the energy mix – for now.  But it’s a fossil fuel, just like all the other fossil fuels we use, and as a result it naturally is responsive to constraints in supply and dwindling reserves, impacting on its pricing predictability.  Contrast that with rooftop solar, which once it’s installed has low maintenance costs and an stable raw material input cost of…zero. 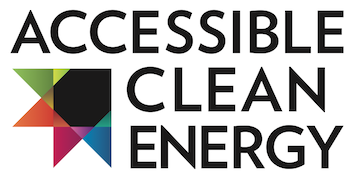